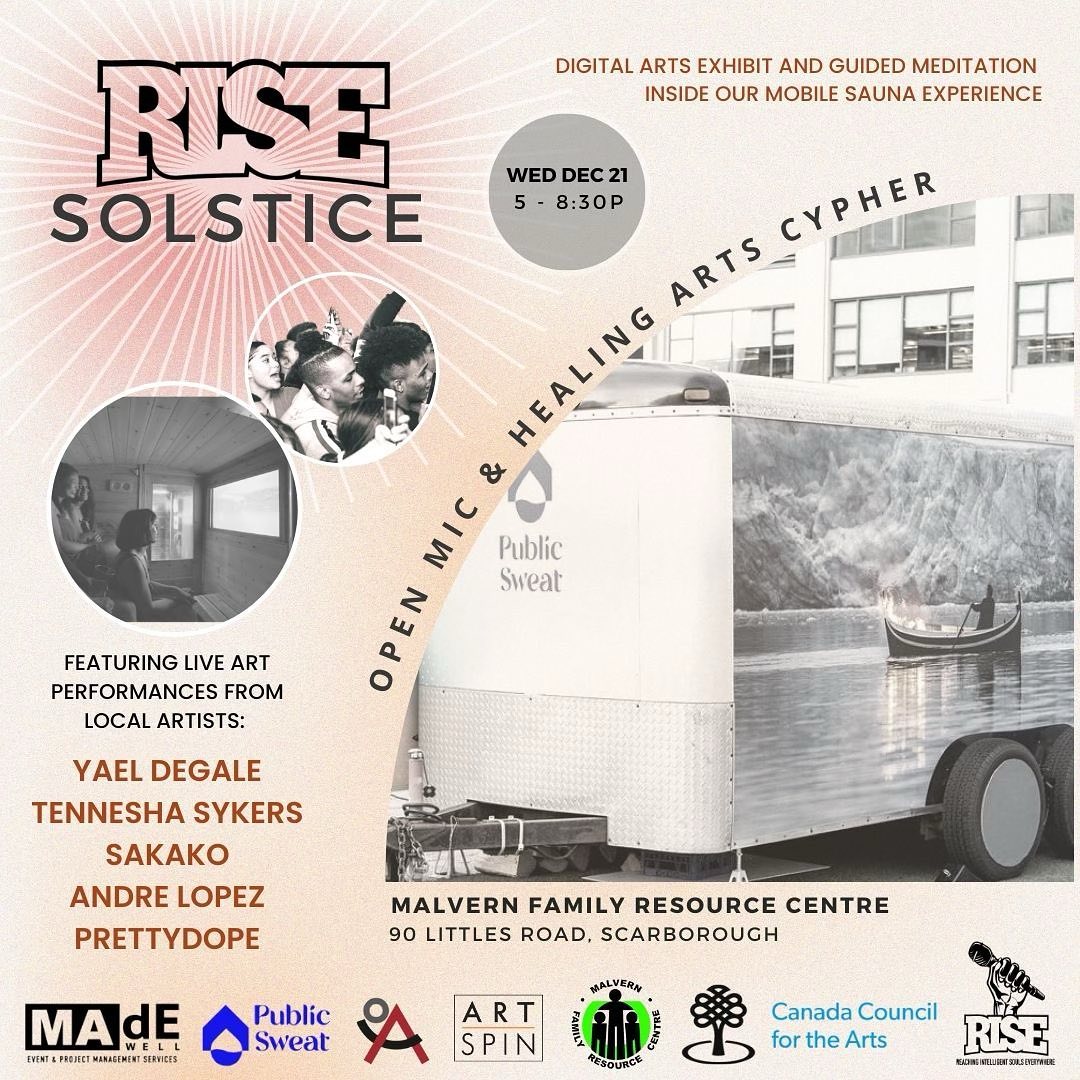 Hey Community, we are having a pop up open mic this Wednesday December 21st – in person sign up starts at 530pm – It’s the winter Solstice, a time to let go of what was and embrace what is and give birth to new intentions! You don’t want to miss this event filled with Art Based Activations:
🌞✨🌝
Guided Meditations led by Morgan at @mfrcyouth 💆🏾‍♀️🧘🏾
Healing Arts Cypher facilitated by @rise_edt ✊🏾🎧
Musical performance from @officialsakako 🎤🎶
Live Painting from @yaeldegale 🖌🧑🏾‍🎨
Artdulful Conversations with @tenneshaskyers @_sunofaquarius moderated by @prettydope.art 🎨✍🏾
🚐🧖🏾‍♀️❤️‍🩹
Wait there’s more …all of our artists will be exhibiting their art inside a mobile sauna!!! That’s right ya’ll, come get that artful healing!!-
❤️‍🩹🧖🚚
Thanks to our good friends @artspintoronto – our last open mic of 22 will feature a Mobile sauna art studio – inside a retrofitted RV! You gotta come see it to believe it!! It is a nomadic wood-fired mobile sauna and platform for contemporary art. This unexpected space for creative experiences, invites people to immerse themselves in discovering the values shared by so many sweat bathing practices: community, connection and care.
😅🥶❄️
@public.sweat will be on the road across Toronto and Ontario until February 2023 – Come out of hibernation to reconnect with friends and celebrate with community and nature. Watch the sun set and celebrate the rise of the solstice!!!
🌞✨🌚-
.
.
Graphic Design 💻🎨 @madewell.productions 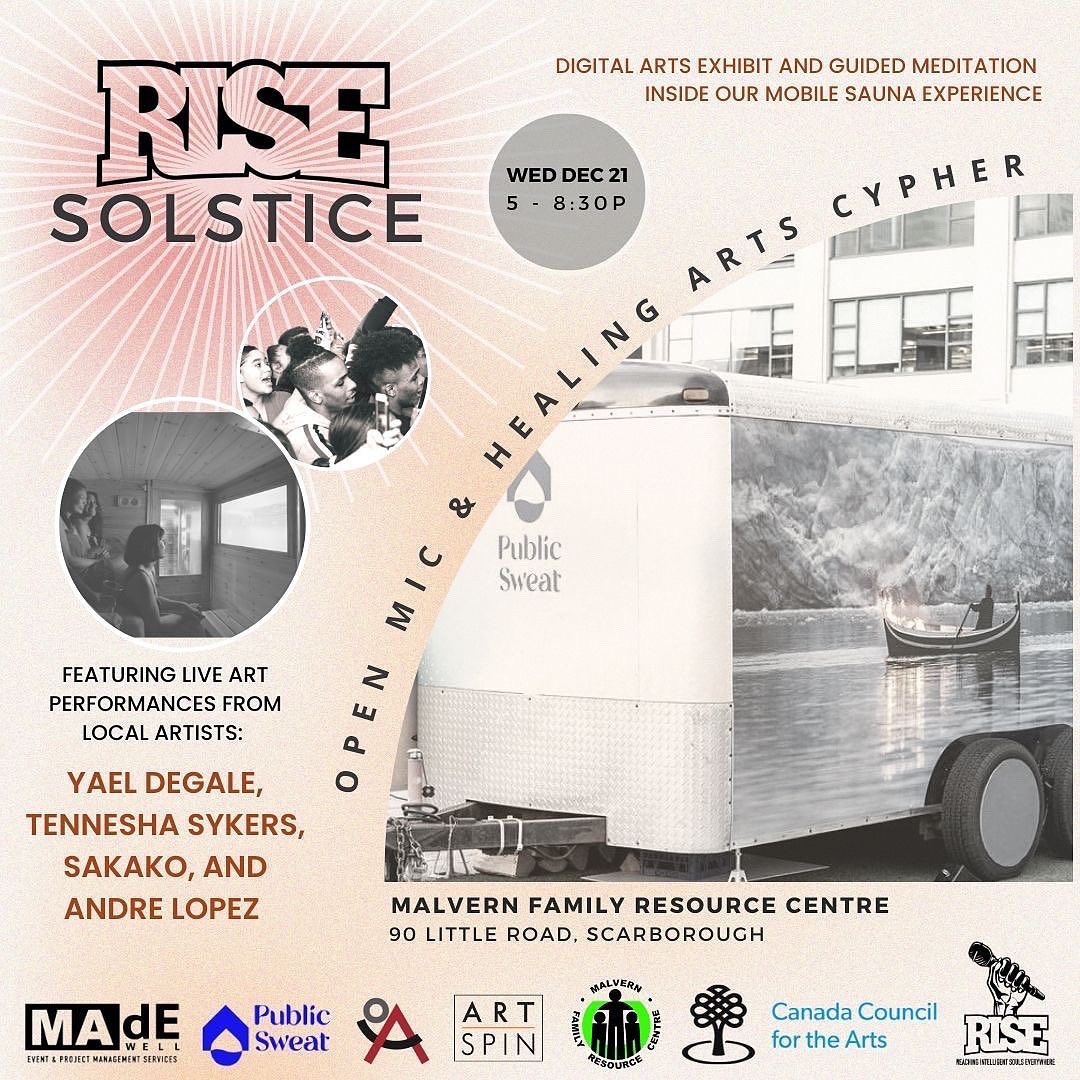