The great depression had a differential impact on various ethnic groups throughout Canada. Factors such as ethnicity and religion played a major role in how different people survived the turmoil of the depression.

Although Canada is revered as a multicultural mosaic, during the Great Depression it was a hostile territory for survival. The uncertainty and economic state of the nation polarised conversations on all levels of society. At the forefront of the conversation were naturalized white middle-class families. Who had social, cultural and economic capital because of their class and racial creed.  This enabled them to challenge and demand government relief aid – without the fear of deportation. Unemployment in the private sector was dismal, and shifting the burden of relief aid to the government put immense pressure on politicians and government officials to develop a solution.  This resulted in deportation by the masses of European immigrants such as the Jews, Polish and Russians, for requesting relief aid, or joining protests or marches. Prime Minister RB. Bennet stated that “The easiest way to cut government cost and relief aid was to get rid of the foreigners and trouble-makers- often referred to as the Bohunk and Po-Lacks because they were seen as taking food from the mouths of naturalised born Canadians” (P. Berton. P. 141) 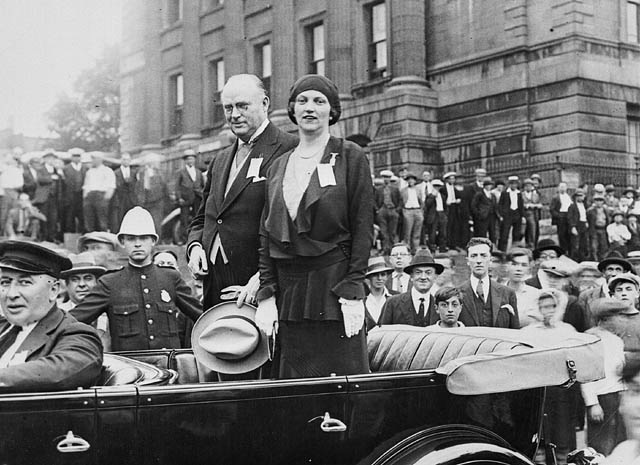 “The radicals and foreigners should be sent back to Russia, or wherever it was they came from.” In this spirit they deported more than 20 thousand men and women either because they were radicals or because they made the mistake of asking for relief” (Betton p157).

The Canadian government, under the conservative leadership of Prime Minister R.B Bennett, had a militant approach to dealing with the Great Depression. Bennett believed that “the radicals and foreigners should be sent back to Russia, or wherever it was they came from.” In this spirit they deported more than 20 thousand men and women either because they were radicals or because they made the mistake of asking for relief” (Betton p157).

Bennett later approved General Staff AG Andy McNaughton’s plan to address unemployment by developing work camps for able bodied men.  The work camps had two primary objectives: First to “get men off the streets, out of the city and out of sight”, secondly to preserve their mind and bodies by providing work in camps run by the military (Betton p156).

The workcamps were assigned projects to build railways, roads, bridges and other city infrastructure. The men required to live in army bunker type housing, eat in rations, worked long days and got paid little to nothing. McNaughton’s plan failed because work was hard, menial and the living conditions were deemed inhumane. Although the camps did not use military discipline, they held to military law.

This adds to the differential impact on the Black immigrant population because it demonstrated the social and political power that the CP Rail had at that time by employing black men as porters over white men, both naturalized and non-naturalized.  CP Rail  provided a vital service of transportation across our nation by connecting Canada and America. In retrospect, CP Rail would be equivalent to Google or Amazon because it was pioneering new technology. In true capitalist mindset, they sought the best indentured skilled laborers to fulfil the job. 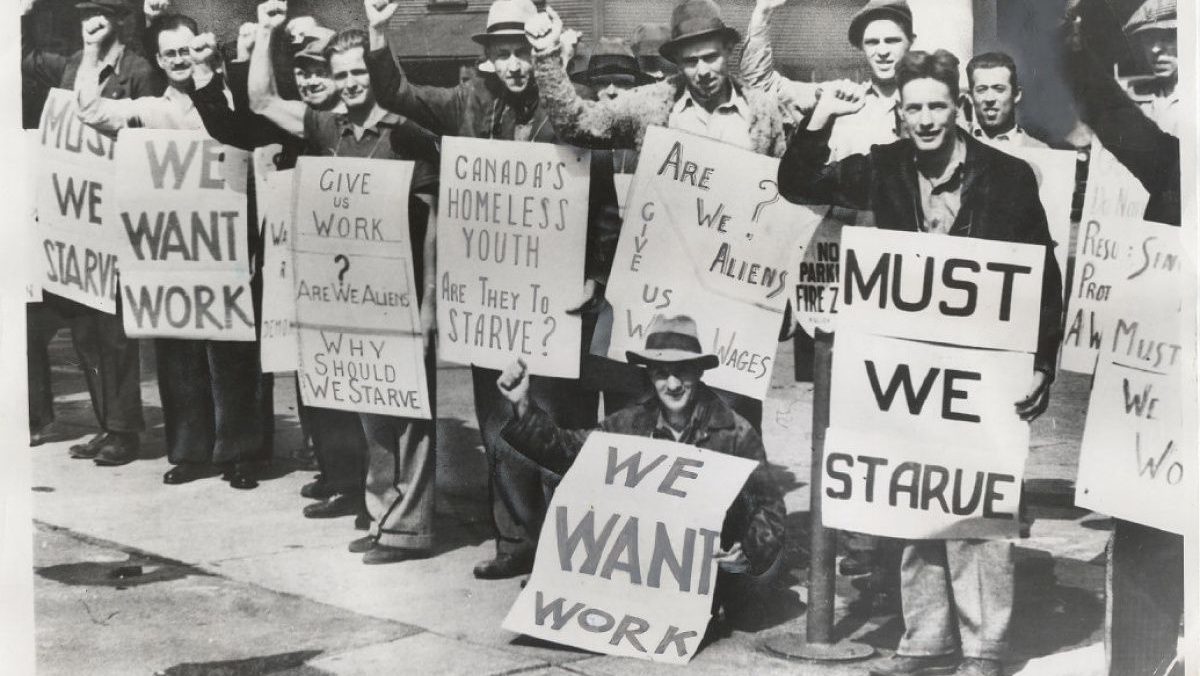 Although 90% of the Black male population were employed by CP Rail, they experienced subtle acts of racism from both naturalized and non-naturalized Canandians.

Although 90% of the Black male population were employed by CP Rail, they experienced subtle acts of racism from both naturalized and non-naturalized Canandians. Black men were able to find employment, but the wages were very low, and their families still lived in poverty.  Burgundy’s proximity to the rail yard made it a great selling feature for the CP Rails recruitment team. As such, over time it became known as a porter town. It was predominantly Black populated, but land ownership was still  monopolized by white men.

They would often increase rent without cause, keeping families confined to the town.  It is a fact that legal segregation was nonexistent in Canada; however, there were racial binaries still at play deep in the social fabric. David Este in his article The Black Church as a Social Welfare Institution referenced stories from members of the Black community that illustrate how the subtle racism was fashioned in Montreal.

He wrote, “Black children were admitted to White schools but received very little attention from the teachers compared to White students. Some teachers perpetuated the racist syndrome by not encouraging Black  students and by stressing that their only employment opportunities were positions on the railroads or domestic work. Poor economic status often forced young Blacks to drop out of school and seek  employment to assist the family”

This type of racism is covert and very dangerous because it perverts the mindset of young children. It engrains the racist belief that Black people have one primary role in society, which is to be of servitude to white people.   Unlike the Europeans, the Black community was not the target of deportation in Montreal because they fulfilled a specific need of corporate Canada.

CP Rail leveraged Canada’s brand of being inclusive, safe and free of racism to recruit young Black educated men from Black colleges throughout America. The job entailed hard labour, long hours doing menial jobs and spending a lot of time away from home. Although the work was hard and menial, it also required academic skills that enhanced the experience for travellers and business. This was a key ingredient that most of the recruited men possessed. This recruitment program is what sustained their workforce and kept CP Rail in business. In addition to sustaining a workforce, it created a very close knit community in the Town of Burgundy that became known as a porter town. It is important to note that the Black community turned inward to support themselves, while white communities had access to larger organized unions. 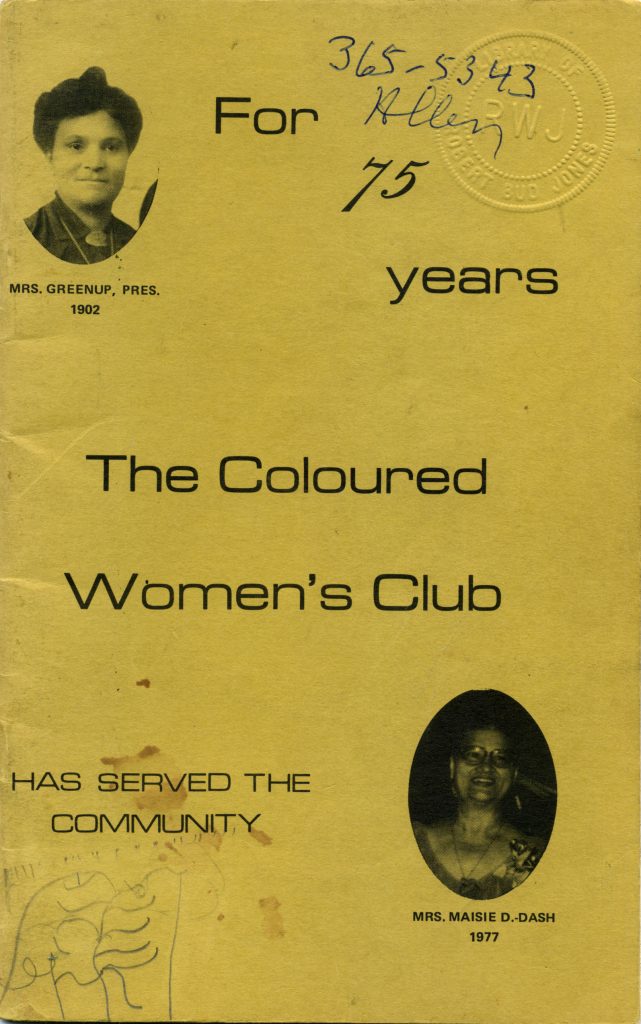 The Workers Union League (WUL), who advocated for immigrants, did not include Black members.  As such, Black women organized and formed the Coloured Women’s Club of Montreal (CWCM)

As the depression worsened, factions within the Black community began to emerge between the Canadians- born Blacks, American Blacks, and the West Indian Blacks. An influx of West-Indian immigrants with invaluable tradesmen skills such as carpentry, shipbuilding, jewellery making etc. could not find employment so they were funnelled into railroad work (D. Este p.14). It was through the Black local churches that they were able to organize and remain intact.   Black communities across Canada did not have a unified organizing body to advocate on their behalf. They were ostracised from participating in neighbouring community organized gatherings addressing welfare and relief aid. Radical communist unions such as the The Workers Union League (WUL), who advocated for immigrants, did not include Black members.  As such, Black women organized and formed the Coloured Women’s Club of Montreal (CWCM), whose goal was to provide food, shelter, financial fiscal aid, child care, education and other services to members of its community.

The majority of women, who were also educated and skilled who migrated from America, carried with them a wealth of lived experiences of organizing amongst racism, socio-economic strife, unemployment and social injustices. The church has historically been a staple amongst colonized Black people as the center of the community; as such, the women organized their community through the church. The CWCM was so successful with their abilities to organize the community, it garnered the attention of the prolific Black leader Marcus Garvey, who emphasized the need for Black men to stand up for their rights.  Two years after Garvey spoke in Montreal a new chapter of  the Universal Negro Improvement Association was formed with an estimated 400 plus membership (Este p.13). This was a major milestone for the Black community because it gave them a voice and a purpose beyond being cheap skilled labour.  It also brought attention to the strategies that the Black women of the  community employed to sustain welfare during the great depression.

CWCM and other newly formed Black organizations  also got the  attention of the major white churches. In Estes’ journal he noted “In March 1923, the Presbyterian, Methodist and Congregational churches discussed the possibility of merging into one church body known as the United Church of Canada” (Este p.15). This was a major nod to the Black churches because during that time, this idea came from a similar strategic alliance amongst Black congregational churches that led to the formation of the Union Church.  The CMCW and Black community unions and congregationalist churches were active partners in the establishment of the new United Church of Canada. These strategies have later been adopted by social workers as foundational practical knowledge. An argument can be made that this movement also inspired the Canadian Black feminist movement.

This essay identified employment and community as the two key components that caused a differential impact on various racialized communities during the great depression. It is a fact that the CP Rail and the CWCM was essential to this narrative because together they provided employment and a community for the Blacks. If either component were non-existent, how would that have changed the discourse?

If McNaughton’s work camps were a close comparison to being employed as porters by CP Rail, why did that plan implode? One could argue that the pedigree of being generational indentured labourers in racist, hostile and violent environments developed a unique resilience that affords Blacks the power of hope. Surviving the impact of the Great Depression in Canada as a racialized immigrant was not an easy feat. Despite the multiple successes of the Black community in Burgundy Montreal this narrative has not been told in our Canadian institutions our history’s discourse. Rather, surviving the impact of the Great Depression in Canada as an immigrant has been centred around the stories of naturalized and non-naturalized white. The omission of this narrative is the ultimate impact of being a Black immigrant in Canada during the Great Depression. 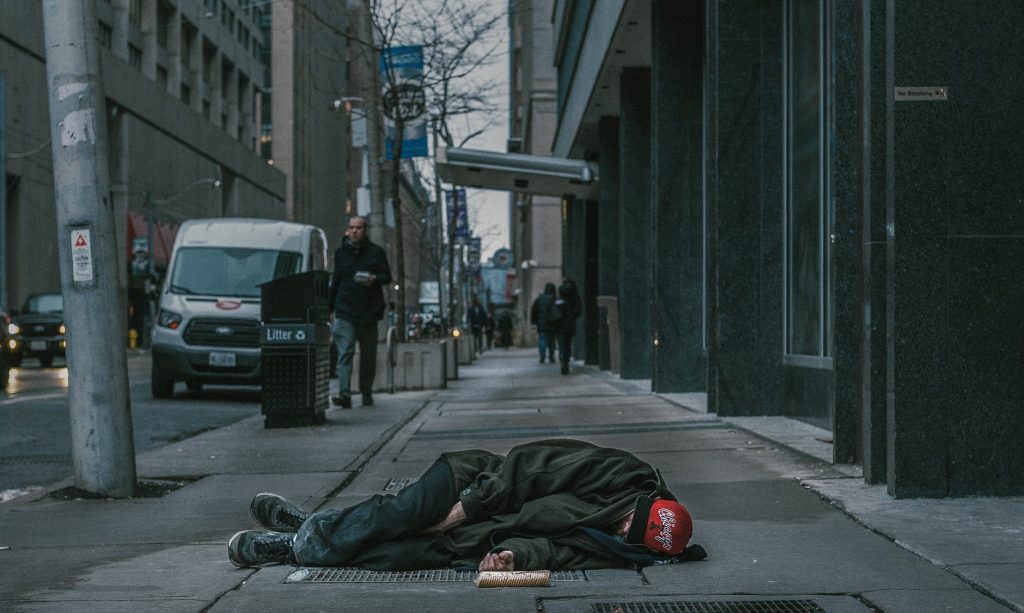 Epigenetic isn’t going to eradicate racism, it’s primary contribution is the scientific interpretation of intersectionality and it’s function is to discredit the racists idea of genetic differences amongst humans.